Riddles in the Dark Ages 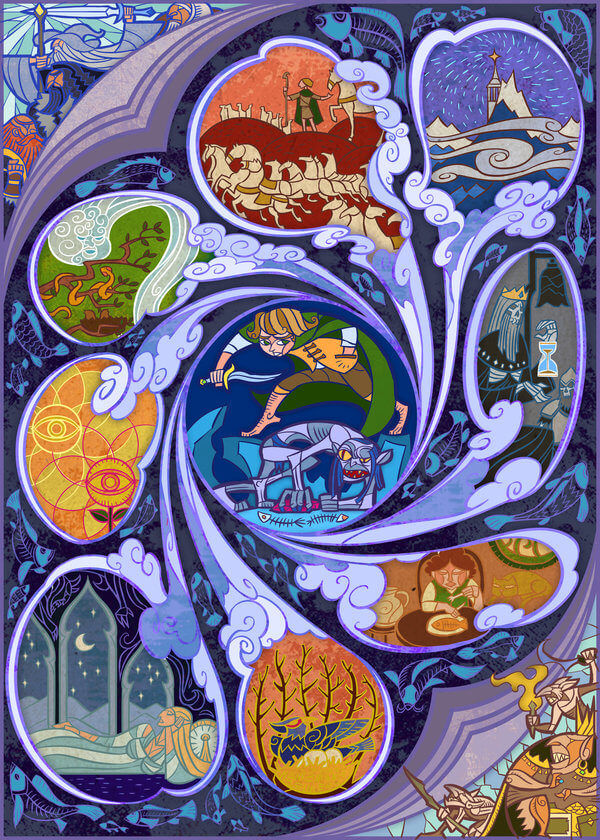 One of the most memorable scenes from Tolkien’s The Hobbit is found in the chapter “Riddles in the Dark”. The scene’s popularity is rather surprising when you consider that there are no great battles or speeches, no dragons or orcs; just a little hobbit and a strange subterranean creature engaged in a battle of wits.

Gollum, as the creature is named, challenges Bilbo Baggins to a game of riddles, a game in which Bilbo’s life is at stake. Gollum’s cryptic riddles are as enchanting and compelling as any other of Tolkien’s Middle Earth creations. Here is one of my favourites:

The answer, as Bilbo well knows, is wind.

Tolkien could have simply had Bilbo and Gollum fight, or developed the scene with more conventional dialogue (as he did in Return of the King where Gollum encounters Frodo and Sam, for example). But by including this riddle game Tolkien was intentionally drawing, as he often did, upon European history and culture. Tolkien was twice Professor of Anglo-Saxon (Old English) at the University of Oxford. And the Anglo-Saxons, besides being macho warmongering ale gulpers, also loved riddles — long, elaborate, even poetic riddles. See this Old English example from the 10th century Exeter book:

The answer: a storm of wind, rain, thunder, and lightning on land, a reference to the biblical flood. It’s much longer than Gollum’s, but otherwise quite similar.

There are some Anglo-Saxon riddles which a conservative Catholic like Tolkien would never dream of including in a children’s novel:

The answer? An onion, of course.1 There are many Anglo-Saxon riddles of this sort, all evoking something rude while referring to something innocent.

Anglo-Saxons favoured alliteration to rhyme, so Tolkien’s riddles do not resemble them in this sense. Latin riddles were popular in medieval Europe, but it is clear from the nature of the riddles themselves that Tolkien’s were influenced more by those of Anglo-Saxon England. Latin riddles depended on knowledge of specific stories or people in order to be deciphered, while English riddles were often about common things like the weather.

Archer Taylor identifies five different types of riddle in the Exeter book, one of which is the “neck riddle”, so named because it is used to save one’s neck.2 Neck riddles are unfair because there is no way for the person guessing the riddle to know the answer. Bilbo’s final question is a neck riddle, “what have I got in my pocket?”

Besides drawing on Anglo-Saxon culture, Tolkien seems also to have used several Old Norse sources for “Riddles in the Dark”. In the Vafþrúðnismál from the Elder Edda and in the Saga of King Heidrek the Wise, the god Odin adopts a disguise before entering into a riddle contest. His final riddle is “What did Odin whisper in Baldr’s ear before Baldr was burned on the funeral pyre?” No one except Odin himself can know this, so it’s just as unfair as Bilbo’s riddle. In each of these tales, the answerer finally realises that the riddler is Odin himself. Tolkien combines the reactions of Vafþrúðnir, who concedes defeat, and Heidrek, who attacks Odin — making Gollum acquiesce at first but then attack Bilbo later.

Another possible Norse influence on the scene can be found in Gollum’s final riddle, which Bilbo only solves by accident:

The answer is time, which is depicted here as a physical force, one which slays kings and bites steel. In one scene from the 13th century Icelandic text Gylfaginning, Thor and his pals are in the hall of a giant king named Utgard-Loki who presents them with a number of impossible challenges. After being defeated in a drinking challenge, Thor is eager to prove himself in a test of strength. Utgard-Loki asks him to wrestle an old woman named Elli. This should have been easy, but the harder Thor gripped her, the faster she stood and it wasn’t long before he was defeated. It is then revealed that the withered woman was “Old Age” personified, and that neither man nor god can ever defeat time.

Tolkien was enamoured with Norse mythology and Anglo-Saxon poetry, and it is fascinating to see how each have influenced his works. For example, the riders of Rohan from Lord of the Rings were clearly based on the Anglo-Saxons. Rohan itself was based on the country and great hall of Hrothgar from the Anglo-Saxon epic poem Beowulf.3 If you enjoyed the Hobbit or the Lord of the Rings, then I must urge you to investigate Old English and Icelandic literature, as they are equally enthralling. 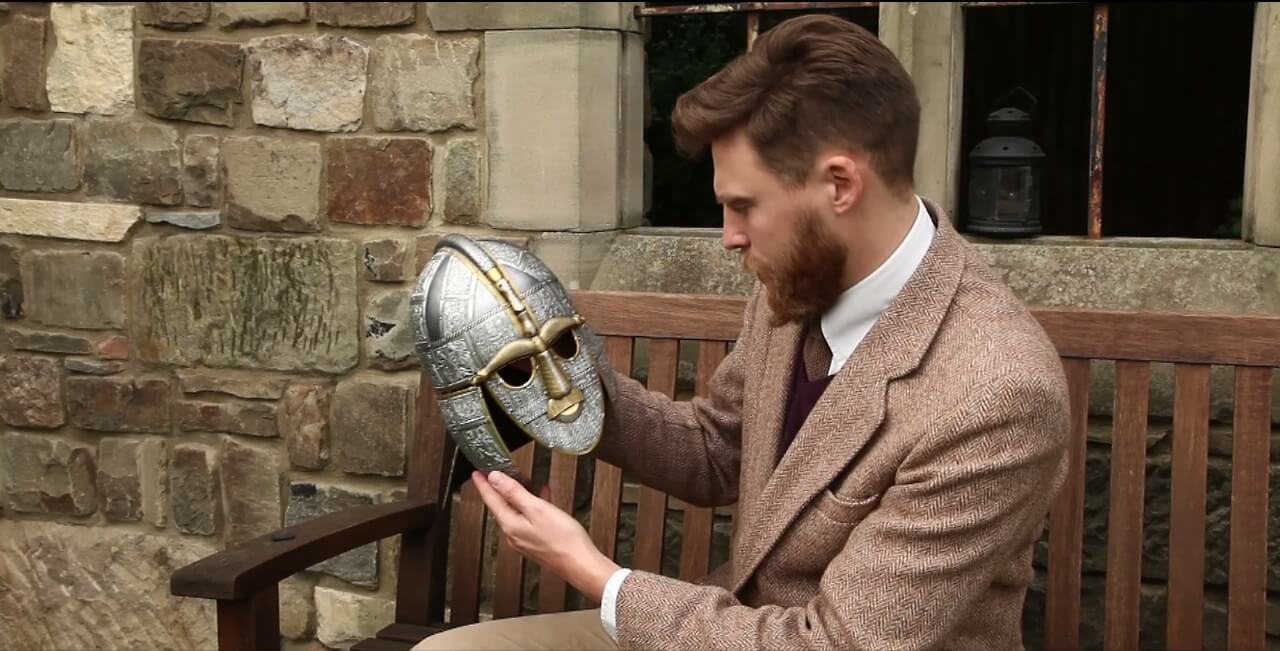 Tom Rowsell is an expert on Anglo-Saxon and Norse literature. His knowledge of medieval languages are helpful for his work in the translation services industry. He also directed and presented a documentary film about Anglo-Saxons called ‘From Runes to Ruins’