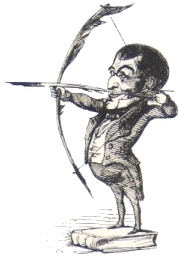 About once a calendar year we open the mail and sharpen our pencils. The last several months have seen a drop in reader input as people have concerned themselves primarily with the elections, and we do not address political topics as a general rule. (We do believe Mr. Sanders should be re-elected to the city council for his level-headed leadership on the water supply contract with Rice Lake; and that Mr. Aldrich’s candidacy should be opposed on the grounds that he is running purely out of spite for having been deposed last year by Mr. Dowdley, although there was doubt at the time as to whether Mr. Dowdley himself was running merely to protect his commercial interest in Howell Creek Radio. All that, however, is merely common sense and hardly a matter of contention.)

Other publications – the Pequod Lake Conifer & Gazette being a notable example – make a practice of printing editorial mail every week, and we can hardly blame them since they are in such need of cheap methods to fill up space. Not so for us. We make no pretense of being here to please the general public (although frequently we do), and so reader input is naturally an item of secondary importance.

But, “nevertheless,” in the words of the hapless Frederick to the buccaneers who hold a pistol to his head, “mercy should alloy our stern resentment.”

The response to our recent articles, which are heavy on narrative, has been mixed. A number of readers wrote in to say they liked them. Good Night, Irene is well-favoured, and apparently its utter lack of context has not had the deterring effect we hoped it would have. It is being syndicated on the west coast. The jury is still out on the dispatches from the Regular Vein, although they did cause one public library circular in Pine County to drop us like a hot potato. (Then again, it might have had something to do with a long-standing fine I have them for returning Tintin and the Blue Lotus nine weeks overdue.)

The article Relativity On the Road drew more specific feedback. J. Watkins was the first of many to say it was not sufficiently focused in scope. A. Gravesend, in a rare burst of energy, went so far as to say it was trash:

“People ought not to feel guilty for breaking the limits? Speak for yourself! How much time have you spent in the emergency room? Tag along with the paramedics for a day and you’ll burn that article up in a minute…Not only is the whole bit poorly organized, it’s misleading and wrong-headed from start to finish…”

However, the article did not say people ought never to feel guilty for breaking the speed limits. For the record, I have been personally involved in assisting at a small number of serious car accident scenes in which speed was a major factor, and I still maintain that high speed is not in itself a cause of accidents. Nor should one feel guilty if, traffic volume permitting, they drive 75mph on a highway designed for that speed even though the limit might be 60mph. But neither should they make excuses if they get pulled over. Also, most of the criticism completely ignored the studies linked in the article, whose final results show that adherance to speed limits is not an accurate indicator of safety.

We are in a similar jam with building codes. If you built a deck on your house one foot closer to the property line than the city setback requirements allow, would you feel guilty? Why?

As for the organization of the article, it may seem on first reading that it meanders, but the simple fact is that, having demonstrated why speed limits have no natural moral basis, it was nevertheless necessary to show their practical value, however convoluted.

Some people have accused Mr. Dowdley, and occasionally me indirectly, of skewing the issue of adopting the metric system in The English are Chased Out. I am aware that Mr. Dowdley’s methods are occasionally underhanded and demagogical. But for those of us – the vast majority, I might add – who recognize the Imperial system as having served us well for centuries, and who really don’t see enough benefits to justify the tremendous economic cost of conversion, Mr. Dowdley’s methods are hardly worth discussing. Truth be told, we’re a little glad someone has the initiative to squash these metric cockroaches that keep turning up in the legislative cupboard.